To those who are suffering from the Northern Japan Earthquake that took place on March 11, our thoughts are with you.

Shortly after the earthquake, with the ongoing aftershocks and the developing nuclear crisis, Servcorp saw its Osaka, Nagoya and Fukuoka locations flooded with enquiries for short term and medium term relocation of the offices of many major corporations located in Tokyo. Servcorp was able to provide those companies instant office evacuation solutions ensuring their business remained uninterrupted. Japan being an earthquake prone country, some companies now wish to permanently diversify risk and keep separate serviced office space outside their Head Office city to ensure continuity of their business in case of a future disaster or future power outages.

Servcorp received extensive media coverage on providing such solutions to many Japanese corporations who temporarily “fled” the Tokyo area.

China Daily Asia Weekly May 6th, 2011
Firms May Shun Tokyo for a While Yet

Buaiso May 16th, 2011 Impact of East Japan Earthquake on the Office Market

FBS May 18th, 2011
In "NEWS5chan," Servcorp Fukuoka was featured regarding the increased demand for rental offices in the Fukuoka area.

Mainichi Broadcasting System April 20th, 2011
In “VOICE,” Servcorp Osaka was introduced for being utilized by companies moving their offices to the West of Japan from Tokyo.

NHK April 19th, 2011
In “News Terrace Kansai,” Servcorp Osaka was featured regarding the increased demand from Tokyo based companies looking to move to the West of Japan.

Television Osaka April 13th, 2011
In “News Biz," Servcorp Osaka was introduced for its flexibility and convenience in the midst of the shift over concentration and centralization to diversification. 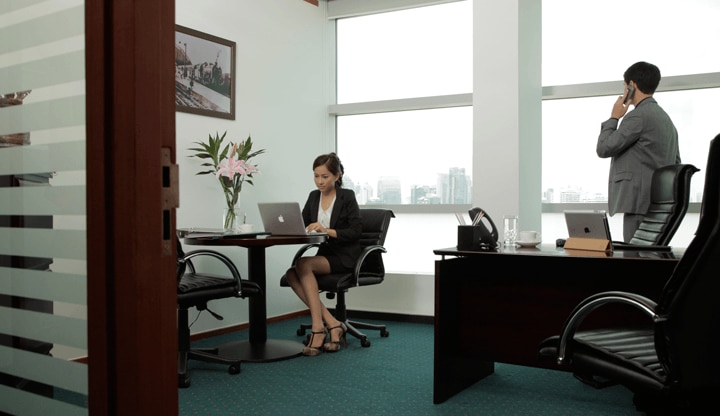