Seeing the size of the office space inventory in the Philippines, it makes no sense for businesses to enter into a long-term lease contract and kill their flexibility of moving to a better location. Keeping that in mind, here are some of the reasons why a business in the Philippines should avoid getting into a long term office lease agreement:

• Your business location may lose customer traffic with them

The primary disadvantage of a long-term lease is the binding commitment that it creates. If you are located in an area that loses the majority of its customer traffic due to some reason, you will stay stuck in that same location until the lease runs out. Some businesses might mitigate this risk by including clauses that allow them to terminate the lease based on certain circumstances. For example, a book publishing company may lease an office space near National Book Store Inc(NBS), but insists on adding a clause that allows it to terminate the contract in case NBS relocates to some other region. Such provisions create an escape route by allowing the business to terminate the lease at a midpoint.

If you recently moved to a new city and needed time to find the right neighborhood for your business, entering into a long-term lease contract may turn out to be disastrous.

Short-term leases come with the flexibility of allowing you to vacate the premises without having to think much about the financial aspect of your relocation. If you sign a 60-month contract, you are legally responsible for paying your landlord for the period of 60 months, no matter whether you operate from the premises anymore or not. On the other hand, with a short-term lease, you do not incur substantial expenses if you need to break your contract. If you are thinking about moving to some other location within a year, there is also an option to go for a month-to-month lease in the Philippines.

If you are on a short-term lease, it is always possible to convert that into a long-termlease, should you decide to stay on the premises for longer. While this adds to the flexibility that comes with a short-term lease, the opposite of it can never be true. Also if you decide to extend your leasefor a period of 48 months, you should be able to lock in the same rate for the entire lease term.

Where to look for offices in the Philippines?

Office rentals in the Philippines are much lower compared to the rest of Asia and there is a good selection of properties available in both cities and coastal areas. Manila is much cheaper than anywhere else making Philippines competitive in terms of attracting BPO's from around the world. Few other locations where you can be looking for offices include

1. Makati (average rental rates between P600 and P900 per square meter per month)

For those that want more flexibility, freedom and customization, there are several services offices available in the country, where you only pay for space you need and the services used. Unlike a conventional lease-related taxes and hidden costs, all of the costs of a serviced office are covered in a single monthly payment. With its entire range of serviced office solutions, Servcorp gives you an opportunity to run your business from the best locations in the Philippines. Call us now at +63 2 755 6500 and allow us to take a genuine interest in the success of your venture. 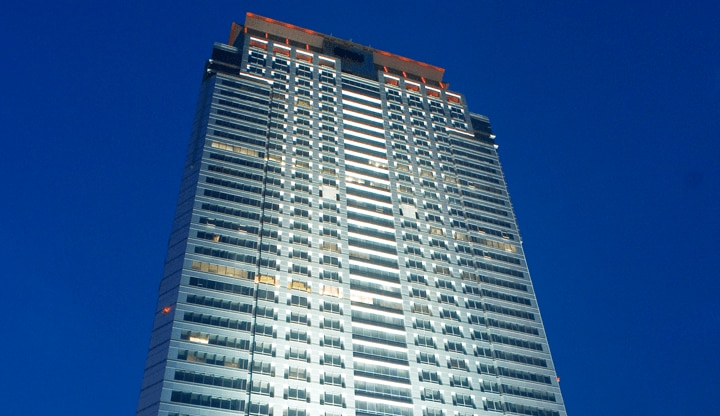