The Philippine economy has grown steadily over the last ten years and today is the fourth largest in Southeast Asia. As a newly industrialized nation, the country has posted healthy growth rates annually except in 2008 during the Global Financial Meltdown.  The Gross Domestic Product growth rate for 2015 is expected to do better than most financial analysts are predicting.

Mining and Drilling on the Rise

The Philippines possesses a significant amount of valuable minerals such as nickel, chromite and copper, along with natural gas reserves recently discovered off the islands of Palawan. In addition to new opportunities for large mining companies, oil companies are beginning to perform oil exploration. This news alone has attracted a number of local and foreign investors who will be looking to get in on the ground floor of any newly discovered energy reserves.

Primary exports that fuel the Philippine economy include electronic products, semiconductors, petroleum products, fruits, copper products, coconut oil and garments. As an emerging market, the nation has been in transition for some years, moving from a primarily agricultural economy to one based largely on manufacturing and services. Tourism continues to be a strong factor in the economy contributing over 6% to the GDP in 2014. As an archipelago with over 7,000 islands, the Philippines get visitors from all over the world each year. The gorgeous rainforests, mountains and beaches make it the perfect tourist destination.

At the end of 2014, the nation had only a 6% unemployment rate, making it one of the lower in the region. The Philippine labor force remains strong and the government is continuing to allocate larger budgets for the revamping of the educational system. The government recognizes the intrinsic value of investing in its future through better educational opportunities for its citizens.

Metro Manila is predicted to experience the greatest new economic growth during 2015 through tourism and outsourcing. Many large corporations in America and Europe now utilize Philippine laborers due to the lower wages. Goldman Sachs has predicted that by 2050, the country's economy will rank in the top twenty in the world.  The Philippines is a member of the World Trade Organization, the Asian Development Bank and the World Bank.

The Gross Domestic Product measures the finished products and services of a particular nation or collection of nations. It determines how these countries measure up against each other when certain factors are compared. The Gross Domestic Product is calculated by combining all consumer spending, business spending, total exports and imports, government spending, and a few of factors. This metric is a helpful way to assess the economic health of the business or organization. When the economy is said to be growing, consumers take that to mean that exports are up and unemployment is down. In this scenario investors might believe that this a good time to invest in some lucrative business opportunity.

Servcorp Serviced Offices are available in 20 countries and offer prestigious office space for the discerning business owner. The monthly rates include five-star accommodations and furnishings, along with high quality communications networks and efficient human resources teams. Enjoy all the perks of an upscale office with a dedicated receptionist and clerical staff in prime locations throughout the Philippines. An in-house bilingual IT staff ensures optimal communications and internet. Meeting rooms and boardrooms are available for any size gathering. In Manila, Servcorp provides managed office space in one of the tallest skyscrapers in the city, Tower One Ayala Triangle.  Abundant shopping, restaurants, hotels and transportation are available nearby to visitors and residents. 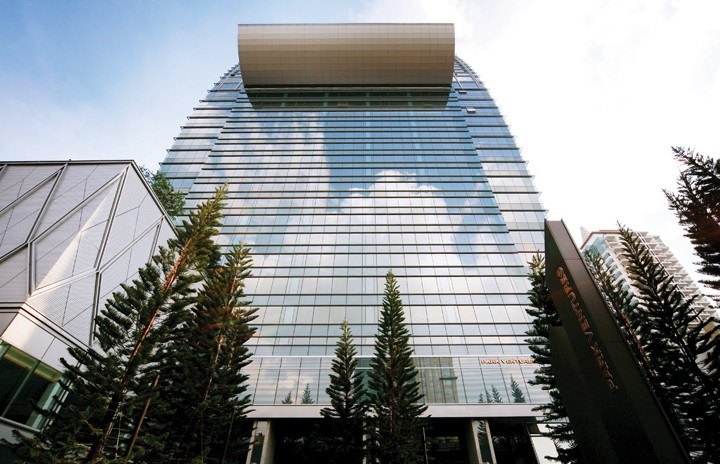