The recent years had seen how cloud-based storage and services are taking hold of the business landscape. Clouds are slowly reshaping how people move, spend, and do business on a day-to-day basis. They don't just cut costs and overheads, they also allow collaboration through easy file sharing and retrieval.

The latest IBM 2012 Tech Trends Report showed how clouds are becoming an increasingly valuable tool for organizations of any size. Even the small firms and enterprises are becoming dependent on this technology to grow their business. Among 1,200 key decision-makers surveyed by IBM, two-thirds revealed that they are going to increase investments for cloud-based technology.

Among the most potent albeit slowly emerging form of cloud are the virtual phone systems.

Virtual phone systems, commonly referred to as virtual PBX, are cloud-based technologies that allow people to answer, take, or manage multiple incoming calls from any locations. This type of cloud is useful for professionals who need to work while travelling, or businesses with numerous branches or locations.

Despite its potential however, cloud-based communications are among the least of its kind to gain grounds on the enterprise level in US. According to Dan Bieler, analyst at Forrester, only 1 out of ten businesses are using virtual PBX. He accounts this first, to the lowering cost of conventional voice service and second, to the low importance business people place on moving to virtual PBX.

However, the case is different in the international scene. Many vendors are seeing higher results in terms of sales as well as with the increase of branches. In the Carribean and Latin region, sales grew up to 18% in 2012. New forms of comprehensive virtual communications packages are also being sold in Africa, Canada, and Asia Pacific as well.

PBX is a much needed resource in Asia because the continent currently hosts the largest number of outsourcing and off-shoring companies in the world.

In the Philippines where bulk of the voice BPO services is generated, use of virtual phone systems are especially increasing because of its important function for the call center business. Huge players like Convergys, Sykes, and Teletech are relying on VoIP for their daily operations.

On the other hand, some vendors have also begun offering these virtual office services to local small businesses. Servcorp are among the first to provide virtual communication packages for small and medium enterprises which includes a local business telephone number along with other customizable phone answering services.

This is also the same case with other neighboring cities like Singapore, Kuala Lumpur, and Bangkok.

In the coming years, analysts believe that virtual phone system industry will continue to grow bigger not just in Asia but in other continents as well.

Source: Telecommunications for business - is your small business using the cloud?, Business2community.com 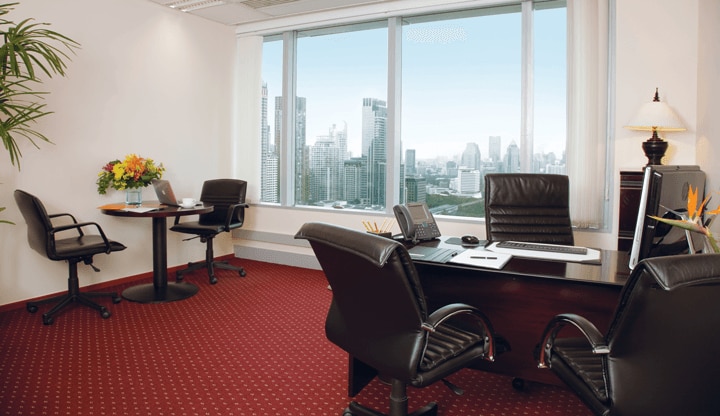