What many people don't know is that the Philippines have had a very close trade relationship with the United States for over 100 years. The Trade and Investment Framework Agreement (TIFA) that was introduced in 1989 included a more clear outline and understanding of the customs administration. In this agreement the full scope of the facilitation protocol was completely defined to make trade relations between the two countries flow smoothly. Because of this trade agreement, commerce and industry in the Philippines have grown at a much faster rate, as the United States is an important export/import partner for any nation.

Biggest Export Markets for the US

In 2013, the Philippines finally became the 34th largest export market for America. Among the top categories of goods and services exported are:

The U.S. exports a number of its own agricultural products to the Philippines each year, including, dairy products, wheat, soybean meal and pork products. The economy of the Philippines has grown rapidly over the last 50 years and is now the 39th largest economy in the world. As a newly industrialized nation, the country is working toward making it easier for investors and entrepreneurs to come in and set up new businesses.

The global export market for the Philippines is highly diverse and includes such products as copper, transport equipment, semiconductors, coconut oil, fruits, and petroleum products. As one of Asia's fastest growing economies, the Philippines has been named a Tiger Cub Economy, along with Thailand, Malaysia, and Indonesia. This name designates the island nation as a newly industrialized country that is export driven and follows a similar economic development plan used by Singapore, Hong Kong, Taiwan, and South Korea. According to Goldman Sachs, by 2050 the Philippines will become a major global economy.

The government of the Philippines is investing heavily in its infrastructure in order to prepare for future economic success and this includes reducing corruption and building better transportation options. The process for new entrepreneurs to set up a business in the Philippines is also being streamlined so that it's more efficient and business friendly.

Servcorp Serviced Offices provide upscale office suites in prime locations in 20 countries. These five-star accommodations are furnished with attractive decor and include a number of excellent amenities. These office suites can be leased at affordable rates and give the discerning business owner all the services necessary for day to day business.

An in-house bilingual IT staff is on hand to ensure ideal communications and high speed internet is available along with a dedicated receptionist and dependable mail service. Meeting rooms and boardrooms are available for any size gathering. In Manila, Servcorp provides managed office space in one of the tallest skyscrapers in the city, Tower One Ayala Triangle.  This beautiful building is located in the heart of Makati City and is considered a financial center point of the Philippines. Space is also available at 6750 Ayala Avenue in Manila, a 24-story sophisticated office complex. Abundant shopping, restaurants, hotels and transportation are available nearby both locations. Call us to find out more about leasing serviced office space from Servcorp. 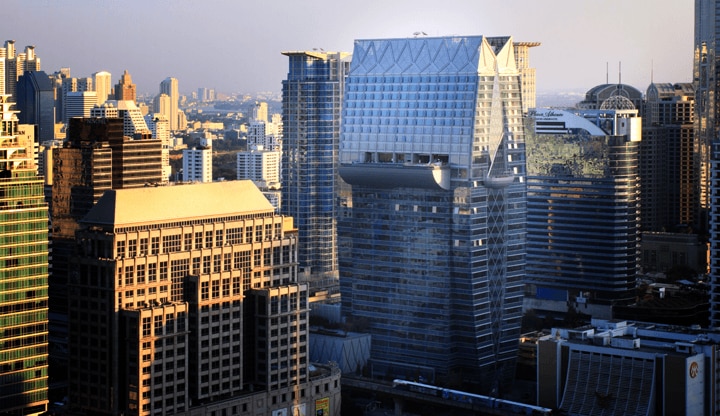